The Desto cup is a combi-cup. A plastic cup, usually thermoformed, so far mainly from PP, PET or PS, but increasingly also from recycled materials, forms the core. On the Weyhmüller machine, this cup is fed in, tightly wrapped with paper up to the sealing rim and additionally provided with a bottom. Back in 1995, together with a small team of inventors, we were the pioneers in developing the processes and the machines for the production of such plastic cups with paper wrapping, which were introduced to the market as so-called "desto cups" and have since established themselves there as the ideal solution for many applications, including in the dairy industry. The combi-cup protects the environment by reducing the amount of plastic used. The thin plastic cup, tightly wrapped with paper and additionally equipped with a bottom, can thus withstand a stacking pressure of up to 50 kg, although its actually thin plastic inner cup would collapse even at low pressure. 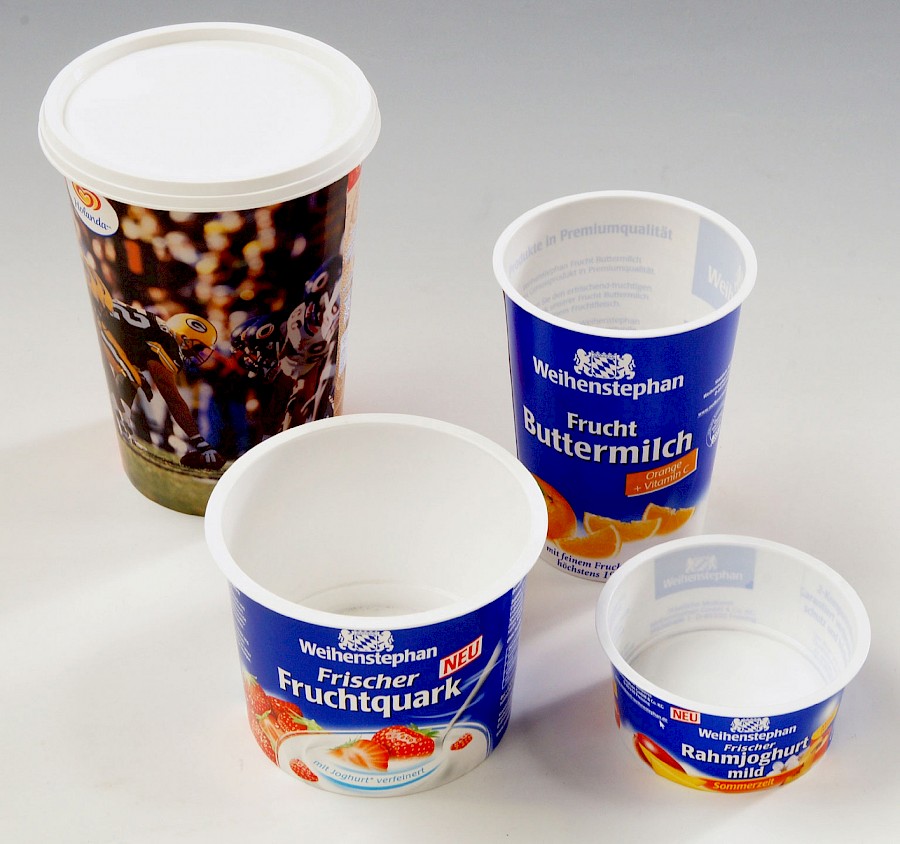